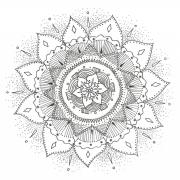 The New Jim code is a code set to get rid of any racial biases in either the justice system or in general. Ruha Benjamin states in his article Race After Technology, “that the employment of new technologies which reflect and reproduce existing inequalities but that are promoted and perceived as more objective or progressive than the discriminatory systems of a previous era” (pg 5-6). In stating this readers become aware that the New Jim code is essentially trying to reshape the way in which items and such are being promoted online.

When it comes to addressing problems such as racism, sexism and other related issues of inequality, modern technologies such as metadata and algorithms pose a unique challenge by basing information off of the location of the user or the name of the user to provide promotions that they think will best attract the user. One example that has happened to me regarding technology shaping societal biases or inequality is when I dog sat for my grandparents who live in Glastonbury CT. While I was there, I used my computer and noticed that the ads were a bit different from the ads that I would normally see at home in Rocky Hill. While I was using Facebook, I noticed there were ads for more “upper class” clothing such as Lily Pulitzer and Martha’s Vineyard. I thought that this was interesting because I never search on those websites and I don’t get ads for those clothing lines at home, so I figured it must have been my location that caused those ads to pop up.

For my digital project there could be potential opportunities to display inequality through both sexism and racism. Although my website does not exhibit any ads, I do have information that is mainly about white male authors. Therefore, to my viewers, it may seem that I am being biased towards any other race or gender when in reality I simply can’t find enough information to include other genders or races thus far.